A rakugo solo performance was held!

A rakugo solo performance by Shoji Tatekawa was held for the students of the middle school  and High school.

He performed two pieces of rakugo (Tenshiki and Tengu Sabaki), a traditional Japanese storytelling, which were easy to understand even for students who had never heard it before .

The students laughed a lot and enjoyed listening to the performance.
Thank you very much, Mr. Tatekawa. 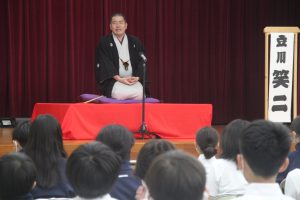 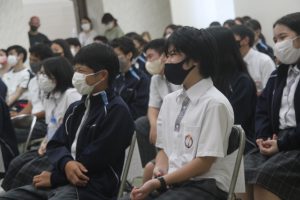 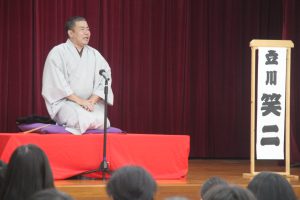 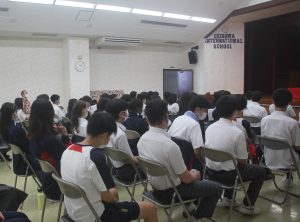 2022.7.6 Your success in out-of-school activities was featured in the local newspaper! (Middle school student / Dance)

2022.6.30 Middle school have been designated as a Nanjo City School of Volunteer Activity Promotion this year!

2022.6.22 Information about Open Campus for Preschool and Kindergarten in Naha Campus